Improvements in version 3.2:
1. Inclusion of Calcium and Phosphorus in TPN calculations

Improvements in version 3.1:
1. Simpler interface with all data entry in one screen, rather than multiple screens.
2. All results displayed on a single page
3. Ability to inlude two formulas in feeds calculations
4. Easier formula selection in a separate window
5. Ability to enter amino acids as % as well as gms/kg/d
6. Calculation of % calories from proteins, fats and carbs
7. improved formula selection screen, making it easier to select formula from a large list

Here are some screenshots: 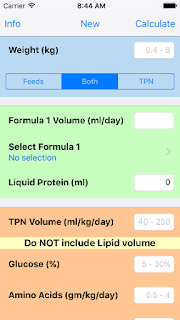 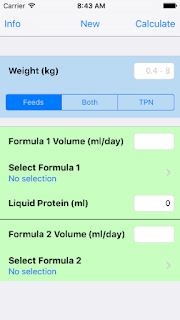 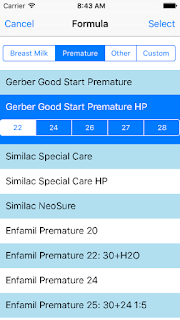 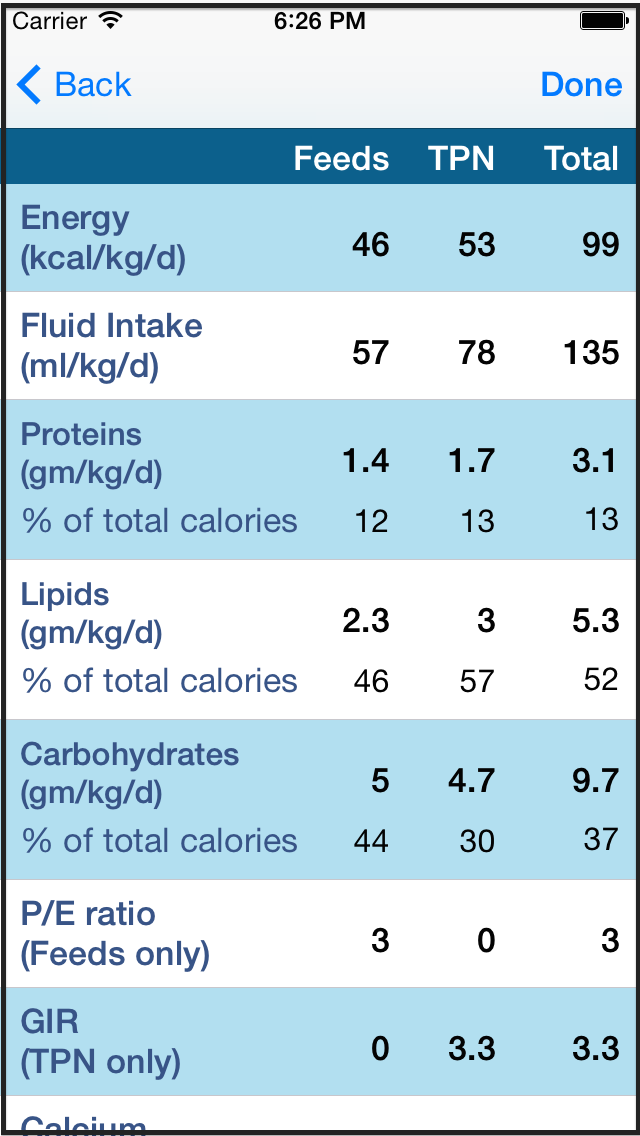 Posted by Eclectic at 6:49 AM No comments: